Being the end of a decade it has made me reflect on the changes in my life over the past ten years. My life now is pretty much unrecognisable from that of ten years ago. Come join me for a trip down memory lane won’t you?

This year was absolutely rammed full of parties and holidaying. Belgium in March, Glastonbury Festival in June, Malia in August where I nearly got in the Inbetweeners movie! I rounded it off with a girls trip to New York! In December I started dating someone new and landed my dream promotion!

I started the year off in my new job and absolutely loved it. I was starting to calm down the partying lifestyle. Still I went to a couple of gigs. Saw the Foo Fighters in Milton Keynes Bowl and Kasabian in Cardiff. Also had a girly trip to London in November. The romance had fizzled out over the summer and by October I had started dating again. I had a brief fling with someone until December when I realised we wanted different things in life and so ended it. I also rescued my dog Dexter in October.

Early this year I found out I was pregnant, a bit of a surprise. Was a bit scared of being a single parent. I spent a large portion of this year vomiting or walking the dog! Found out that morning sickness does not bugger off in the afternoon. Apart from a low lying placenta it was a fairly straightforward pregnancy. My son Isaac was born 7th September by elective C section. I learned this year that some babies don’t like to sleep and that you cannot die from sleep deprivation!

I found that being a mother quite suited me. Good job really ha. I walked a lot. Having a baby that will only sleep whilst in motion does wonders for losing the baby weight! Of course the maternity leave went by too fast and I wondered how I would cope working 30 hours and being a single parent. But I did manage very well actually and life was good. My free time was spent doing family things and I wondered what the f*** I used to do with all my time before. 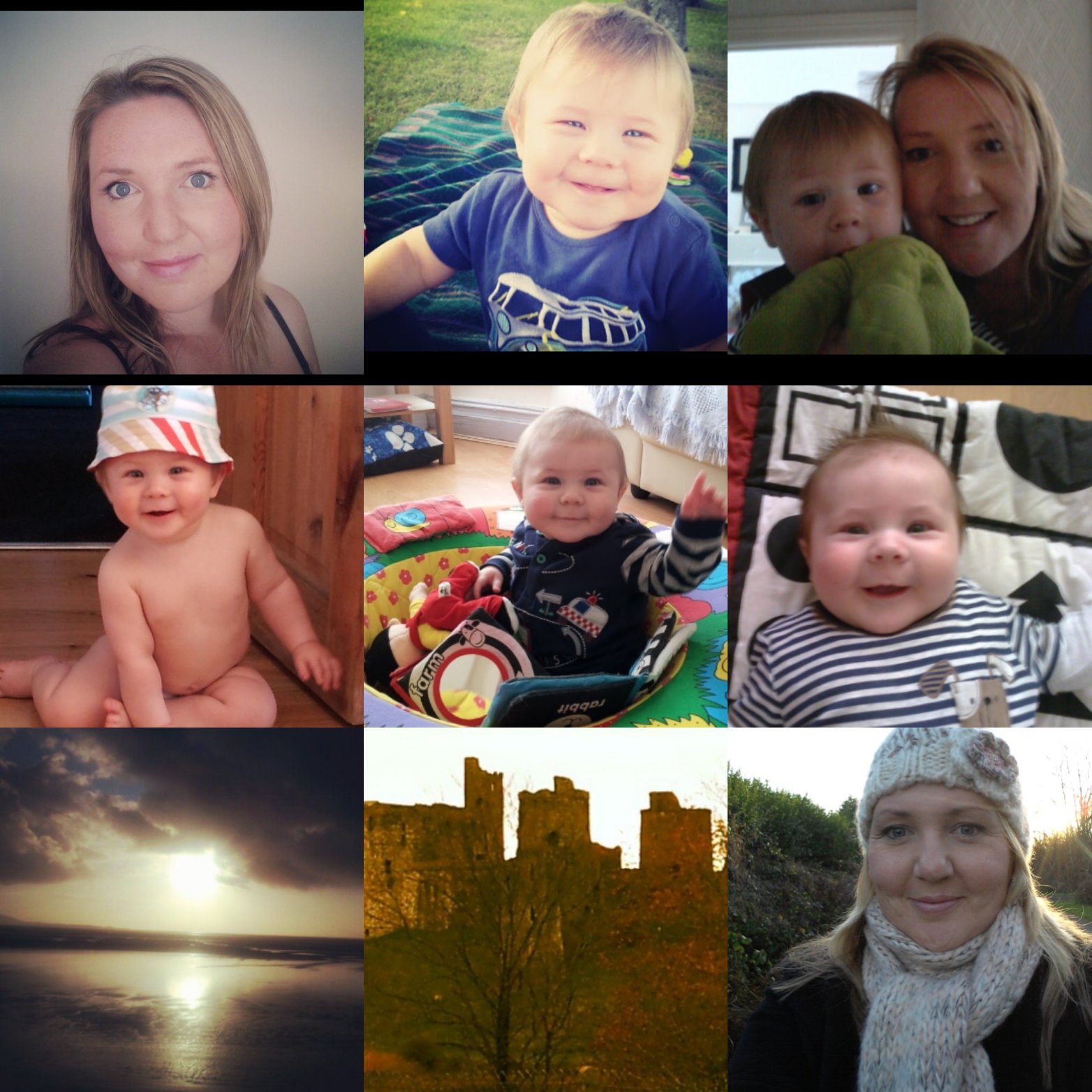 Life continued to be sweet. We booked our first holiday to a Caravan park for June with my parents and my sister. Around this time I had just started chatting to an old friend via Facebook. He used to live back to back with me on the council estate I grew up on and we had lost touch. After finding out I hadn’t been on a date in 2 years he invited me on a pity date (joke) and we had always got on well as teenagers so I went. If nothing else it would be lovely to see an old friend. After waiting 20 years to ask me out on a date we hit it off! 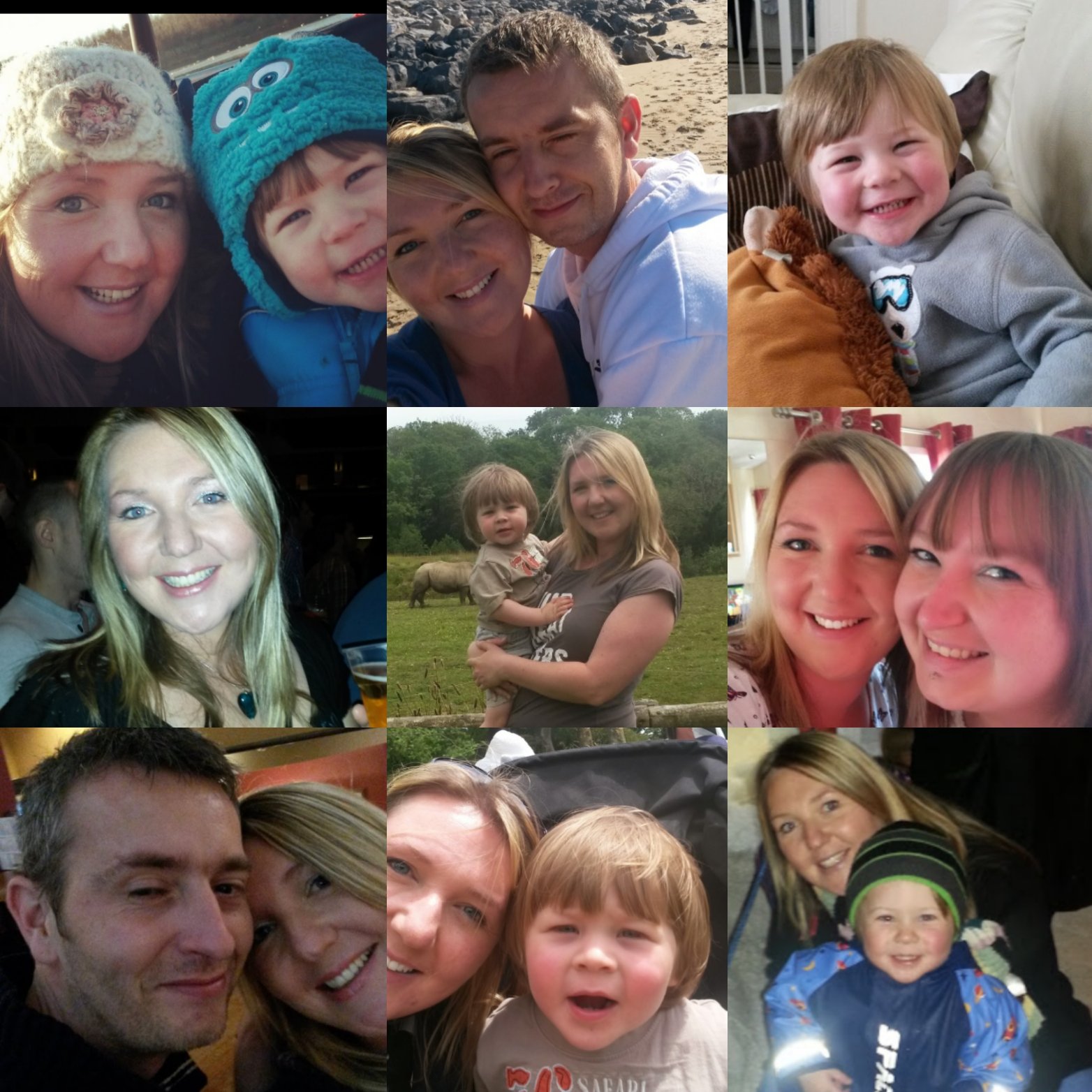 I was pretty determined not to fall in love. Being a single parent I had complete control over everything. I had to to keep the ship running smoothly. I couldn’t have any complications and I was juggling all the balls. I was scared if I let someone take one of those balls I would drop the lot. Anyway, there’s not much you can do when the heart wants what it wants you just have to go with it. So I did. Towards the end of the year however I noticed that my mood had started to become low. I think I would have probably been ok but my mum fell and broke her shoulder in December. I pushed on with work up until the end of the year but the stress was all catching up with me.

The year started with me breaking down and taking some time off work. I went back on to antidepressants and paid for some private therapy. I actually don’t know how my partner put up with me at this time and I think I pretty much tried to push him away but he was an amazing support. By February I realised what a good man he was and that I should probably hang on to him. He kept making jokes about it being a leap year so on February 29th I proposed and he said yes. I also got to pick my own ring! In order for our 2 families to live together we needed a bigger house so the attic conversion was planned for the summer. We should have all been able to live together by August. Of course builders being builders the start date was delayed until Jan 2017! 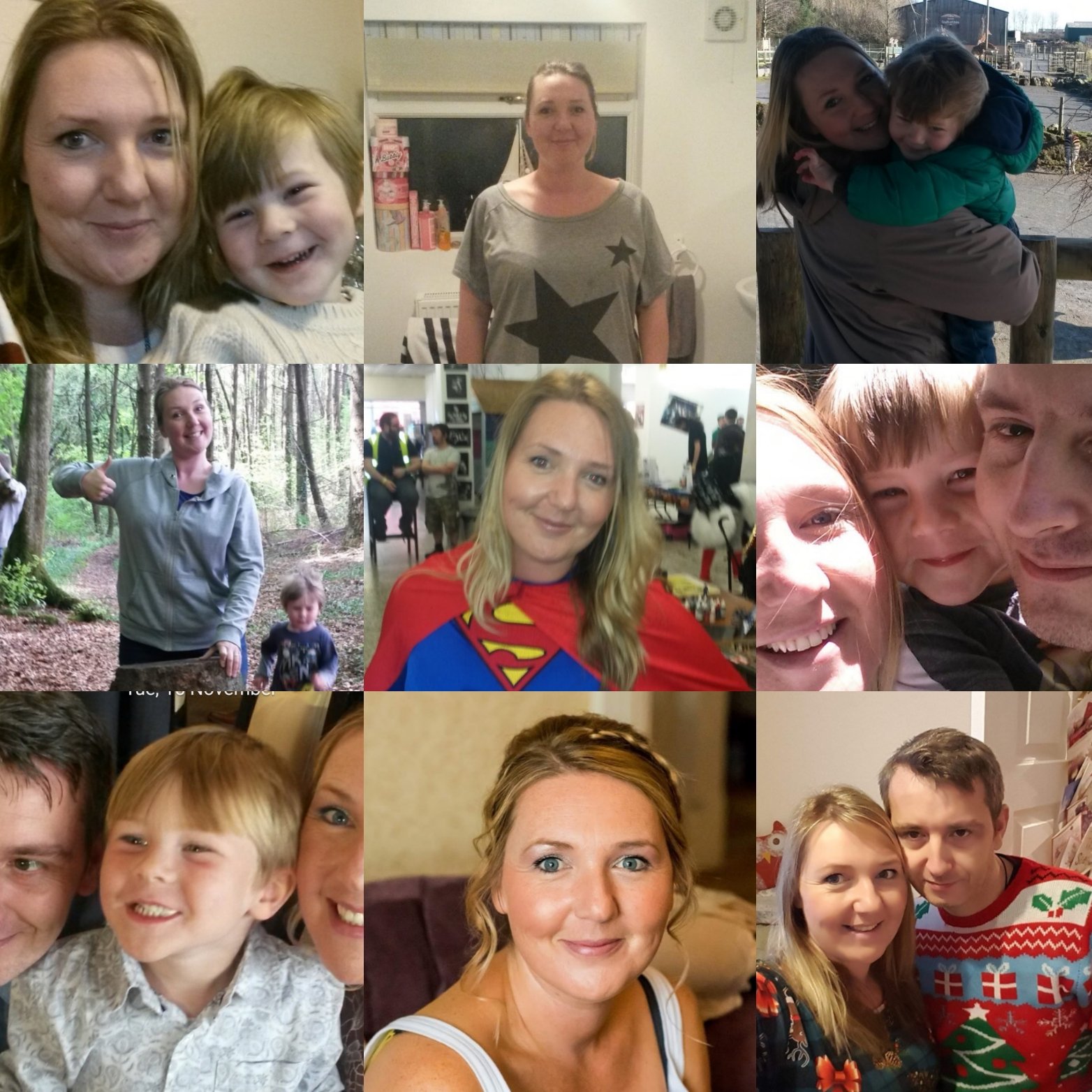 On January 4th Isaac and I packed up and moved to my mum’s for 2 weeks while they pulled all the ceilings down. Two weeks turned in to six, as they do. It was only meant to take 8 weeks in total. With a few setbacks on the way it wasn’t until about May that the builders were out of there. Earlier in the year we had talked about adding to our family when we were all settled. I just assumed that as I was near to 40 years old it would take some time to get pregnant. Oh no not fertile Frances here. I reckon it was the first bonk after we had discussed it that I got pregnant. So by April I was up to my eyeballs in building work and up the duff. It was so much fun redecorating the whole of the upstairs amidst morning sickness I tell you. This slowed us up somewhat and it wasn’t until October that finally we were all together at last! It was an eventful pregnancy and Ezra was born 21st December by elective C section. I was discharged from hospital at 4pm Christmas Eve. My mum was the hero that year cooking Christmas dinner for all of us as I was in no shape for anything. I barely remember that day. I was quite ill after having Ezra. 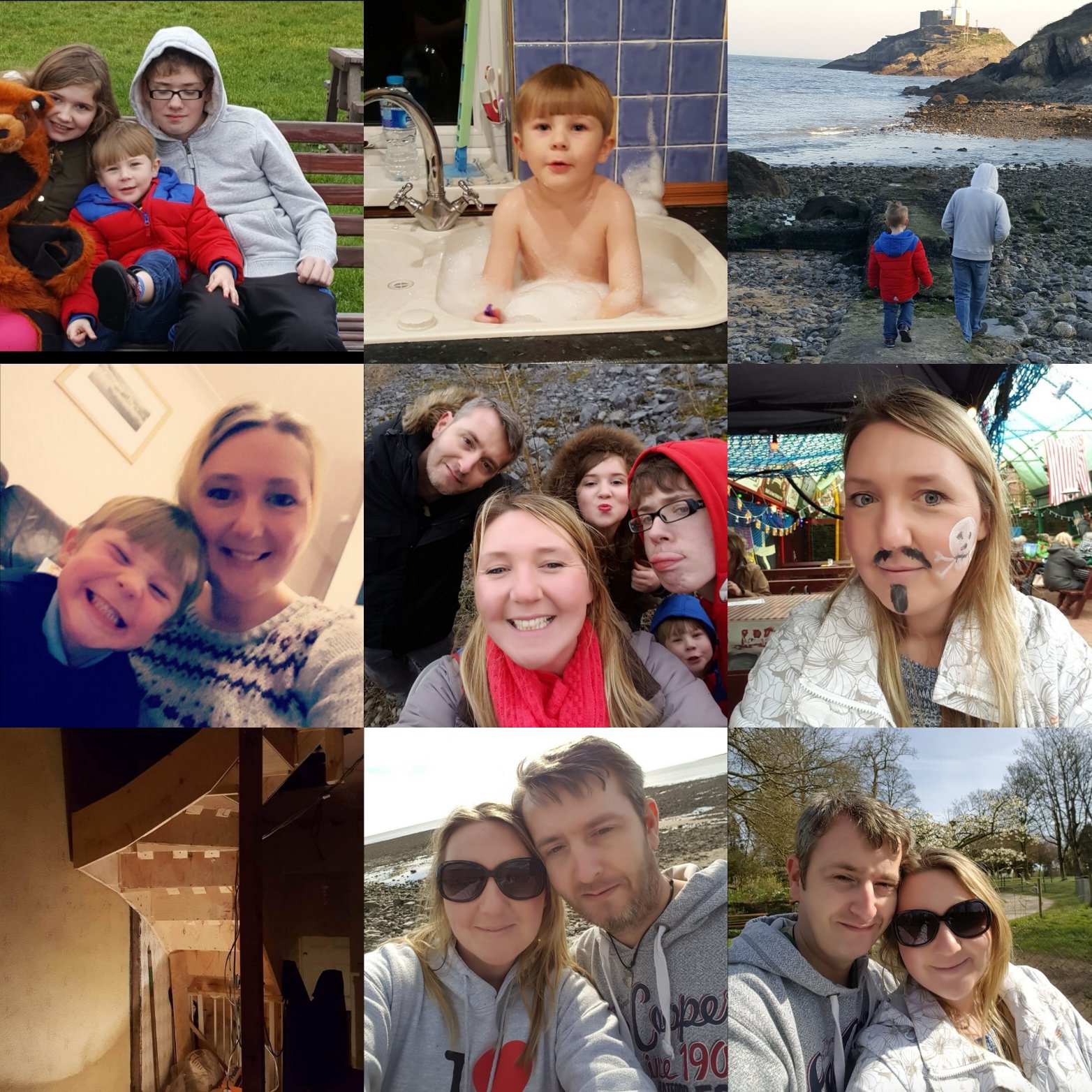 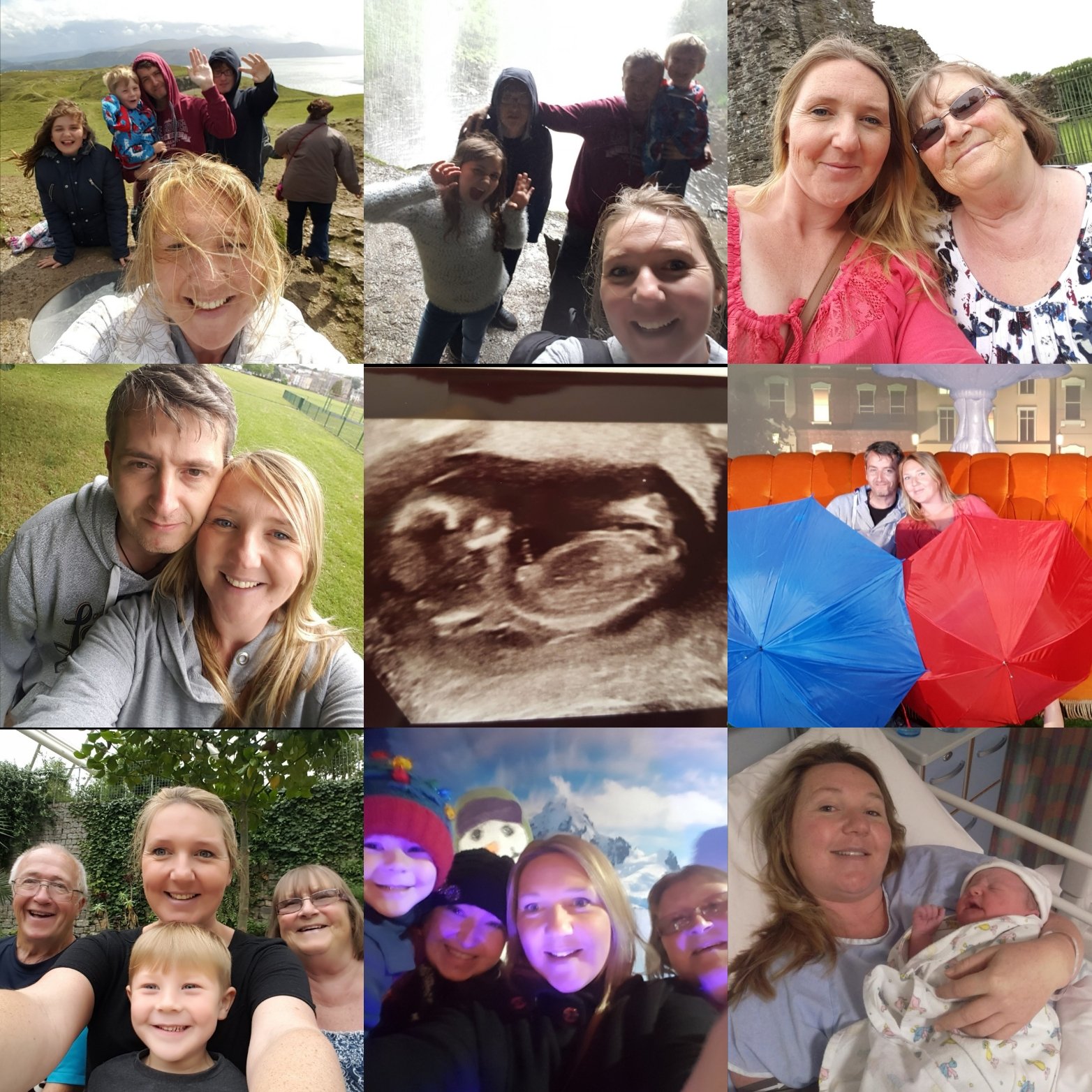 I have gone into details on my other posts about my post natal depression but to summarise it was a wonderful time having a new baby it’s just I had this black cloud over me. It was particularly bad depression and with good support from the GP I was feeling better by the summer. I was set to return to work in September. Fate however had other ideas and the week before I was due to return I fell and broke my arm. I had another 12 weeks off because of that. I honestly think it was a good thing because while I felt ok in August I was still pretty fragile mentally. In the November I started CBT and through that started this blog. I had already started my Instagram account which was really helpful as I was talking to people who could understand what I was going through. By December I felt on top of my game again and ready to take on the next year ahead. 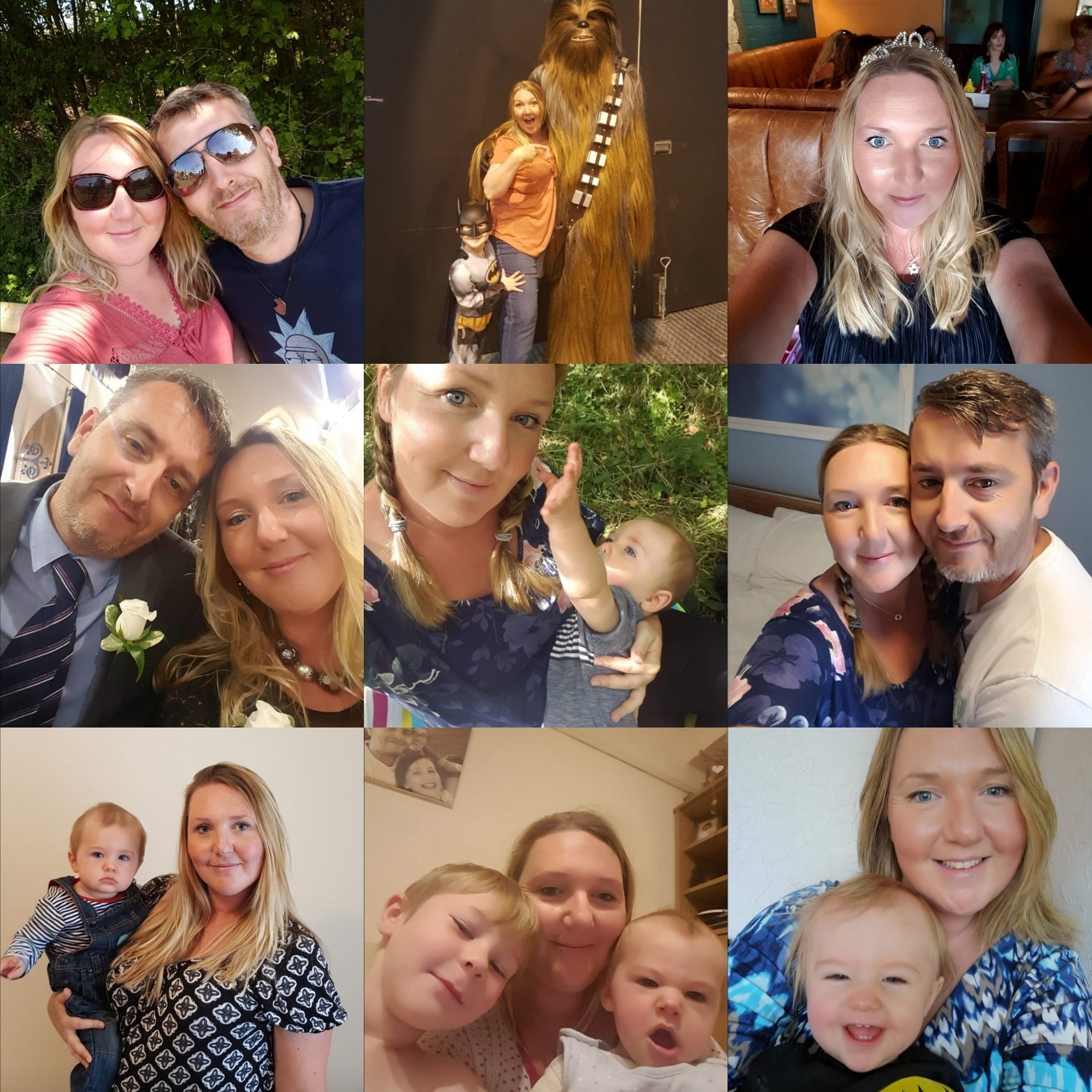 I returned to work the first week of January. I did feel nervous but I was eased back into it gently and slowly returned to my normal workload. I was really pleased to be put forward for a leadership course which I am really enjoying. That is ongoing until September 2020. Family life has been great and we have been on some awesome family adventures. I am pleased with how my Instagram and blog have grown and the opportunities they open up for my family. I even won an award for one of my blogs in December! Imagine that! Christmas has been just perfect a mixture of fun, excitement and relaxation. It has been one fantastic year!

As I sit here writing this on New year’s Eve 2019 and reflecting on all the changes in my life. Ten years ago I was getting ready to go clubbing in Cardiff. Tonight I will be sat at home in my PJ’s with a takeaway and everything I need around me. I couldn’t be happier.

Wishing you all the best for 2020 my lovelies. Hope it’s the best!

The Value of Online Friendships
April 2, 2020

Steps to stay motivated whilst isolated at home
March 31, 2020

Dear Donna, Do I tell an expectant mother her partner’s been DM’ing me inappropriately?
March 24, 2020

Who would have guessed it? The world as we know it is on lockdown. We're swapping our morning...

Clinique…when you hear that brand name you just know you’re going to get a good quality product. What are they...

WE ARE ALL IN THIS TOGETHER

I think I am not the only one who is struggling to find the words to make sense of the...

Every month we'll be hosting an online book club where readers can meet to discuss our book of the month....